Barcelona is Spain‘s second largest city with a population of 1,6 million people. Its urban area extends beyond the administrative city with a population of around 4,7 million people. This innovative, diverse city is located on the northeast coast of Spain along the Mediterranean Sea. Barcelona is the capital of the Catalonian region, as well as the province of Barcelona. Although Spanish is the official language in Spain within the Catalonian region, Catalan is also recognized as the co-official language.

Barcelona, a Gothic and Modernist marvel is a city well known for its quirky, cosmopolitan and cool character. Whether it’s by unearthing Barcelona’s past in the hidden courtyards of the Barri Gòtic or by enjoying the charms of the modernist city one can discover many interesting things that make Barcelona one of Spain’s most livable and energetic cities.

The probably most famous street in Barcelona is called La Rambla and consists of 5 boulevards –or ramblas– joined to make one long promenade. Thousands of people stroll through Las Ramblas every day and night. It runs from the city centre to the waterfront, and is lined by different shops, street entertainers, cafeterias and restaurants. Walking along La Rambla one can see the world-famous opera house El Liceu, the food market of La Boqueria and the Plaça Reial. There‘s also a Wax Museum and the Museu Marítim towards the end.

Next to the beaches and La Rambla street there are many museums, theatres, cinemas and historical places to visit everywhere in Barcelona. La Rambla ends at the old harbour. The harbour offers all kinds of other amenities, including the second largest aquarium in the Mediterranean area.

Starting from the middle age over the Renaissance to Modernism, especially the architecture reflects the long and wide history of the city. To Barcelona, architecture is so much more than just Gaudí. Architects from around the world travel to the city to visit the special modern architecture.

Due to the Olympic Games in 1992 the city’s redevelopment caused a movement of the industries along the beaches and converted the seaside area into an exemplary leisure area for locals and tourists alike; including the improvement of two beaches and the creation of five new beaches. According to Discovery Channel, Barcelona beach is the best urban beach in the world and the third best beach in the world. 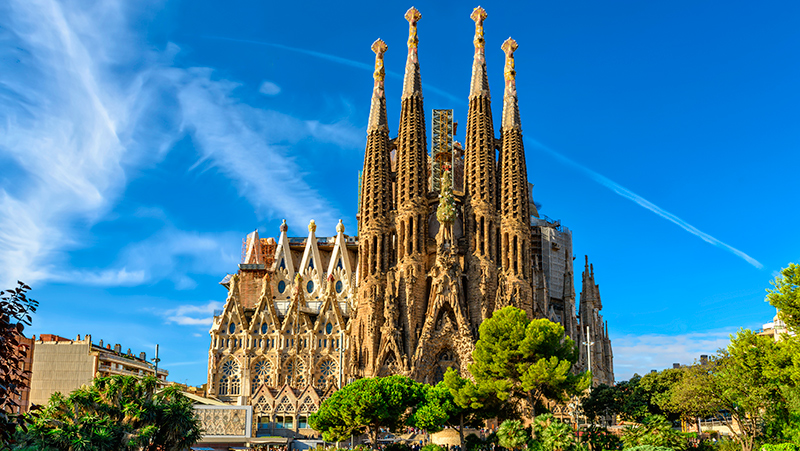